You Are Reading Chandrayaan 3 Latest News

The Vikram Lander had four engine mounted on the four corners, while a larger engine was in the middle. But this time the middle engine has been removed from the lander that goes with Chandrayaan-3. The advantage will be that the weight of the lander will be reduced.

Let us tell you that at the time of landing, the fifth engine was installed to protect Chandrayaan-2 from dust. So that its pressure removes the dust mites. This time ISRO is strong about the fact that it will not have any problem with the dust.

ISRO is removing the fifth engine because it is no longer needed. This increases the weight and price of the lander. ISRO Scientist has also recommended to change the feet of the lander. Now it is to see what kind of changes will happen.

Apart from this, the “Lander Doppler Velocimeter (LDV)” has also been installed in the lander, so that accurate information about the speed of the lander can be obtained at the time of landing and there is no incident like Chandramayan-2 Vikram Lander.

Let us tell you that Chandrayaan-3 lander-rovers can work well on the moon pits, for this, fake moon pits will be prepared at Ullarthi Kavalu near Challakere, 215 km from Bangalore.

Sources in ISRO said that we have issued a tender to make the moon pit in Challakere area. We hope that by the beginning of September we will find a company that will complete this work. It will cost Rs 24.2 lakh to build these pits.

These pits will be 10 meters in diameter and three meters deep. These are being built so that ISRO can practice the movement of Chandrayaan-3 lander and rover. Also, we can check the sensors in it. The performance of the lander sensor will be tested. Because of this, ISRO get to know the functionality of the lander.

Like Chandrayaan-2, Chandrayaan-3 mission will also be launched next year. Most of the programs in this will already be automated. There will be hundreds of sensors in it, which will help in doing this work well. At the time of landing of the lander, these sensors will help in elevation, place of landing, speed, keeping the lander away from stones, etc.

Another ISRO scientist said that we are testing the fully prepared lander in ISRO Satellite Navigation and Test Establishment. At the moment, we do not know how suitable this test will be and what the results will be. But testing is important. So that there is no mistake like Chandrayaan-2.

ISRO had also built similar pits for Chandrayaan-2. Trials were also conducted on him, but after reaching the moon, it is difficult to say anything about the incident with Vikram Lander. The technical flaw that caused the accident has been resolved in the Chandrayaan-3 lander. 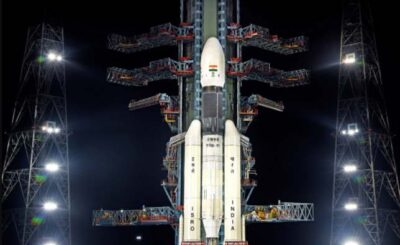 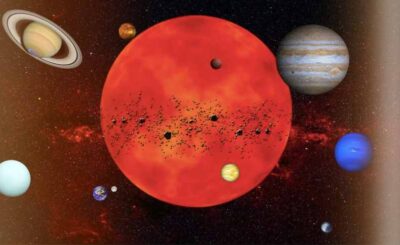